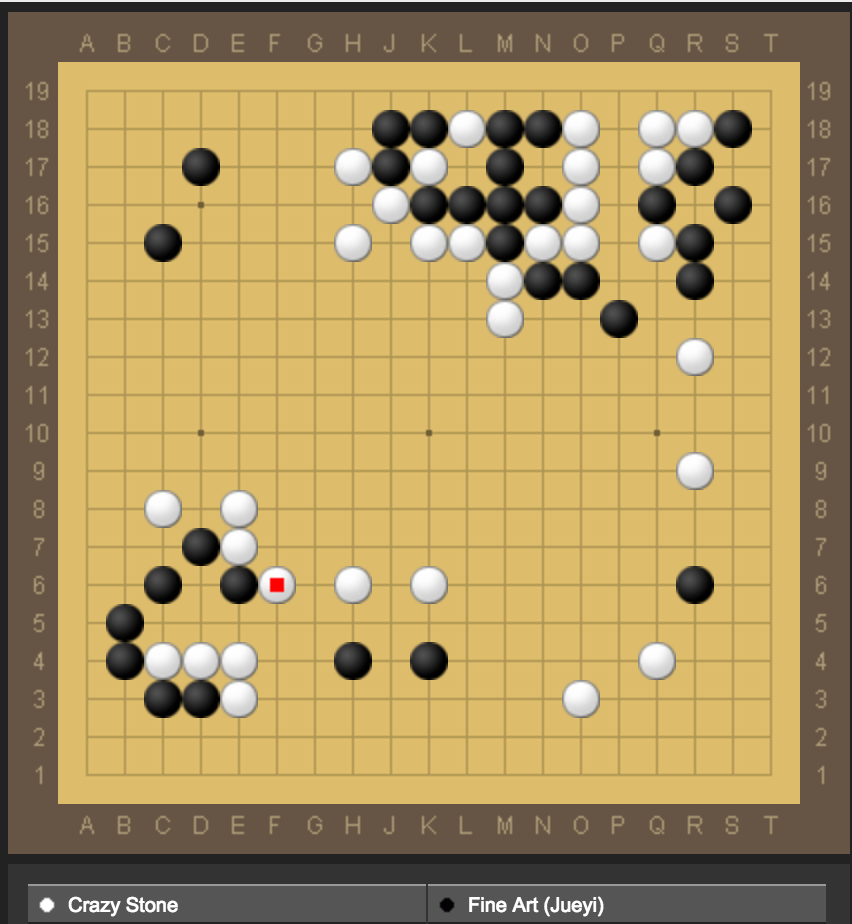 The 10th UEC cup is underway with some very strong programs (no AlphaGo, but Tencent’s Jueyi aka FineArt is there and beats top pros on Fox, plus Zen, Ray, CrazyStone…). Some games are on WBaduk, I recorded a few. These are from the preliminary rounds to decide top 16 to play tomorrow. Each round is scheduled to last 1 hour so games are at most 30 minutes each (plus pondering).

Round 2: FineArt killed the whole board of B group bot naiver1. Not worth transcribing.

Round 3: Jueyi crushes CrazyStone.CS jumps out instead of taking 3-3 to settle in a common joseki at top right, which is okay if you then press and take care of the group, but it makes another group and Jueyi attacks and kills it. Pretty much game over already though CS did get some outside. CS then plays the favourite kyu mistake of hane in 4-4 approach, one-space pincer take corner joseki, Jueyi punsihes with hane not extend. Some more fighting with CS dying. (…)