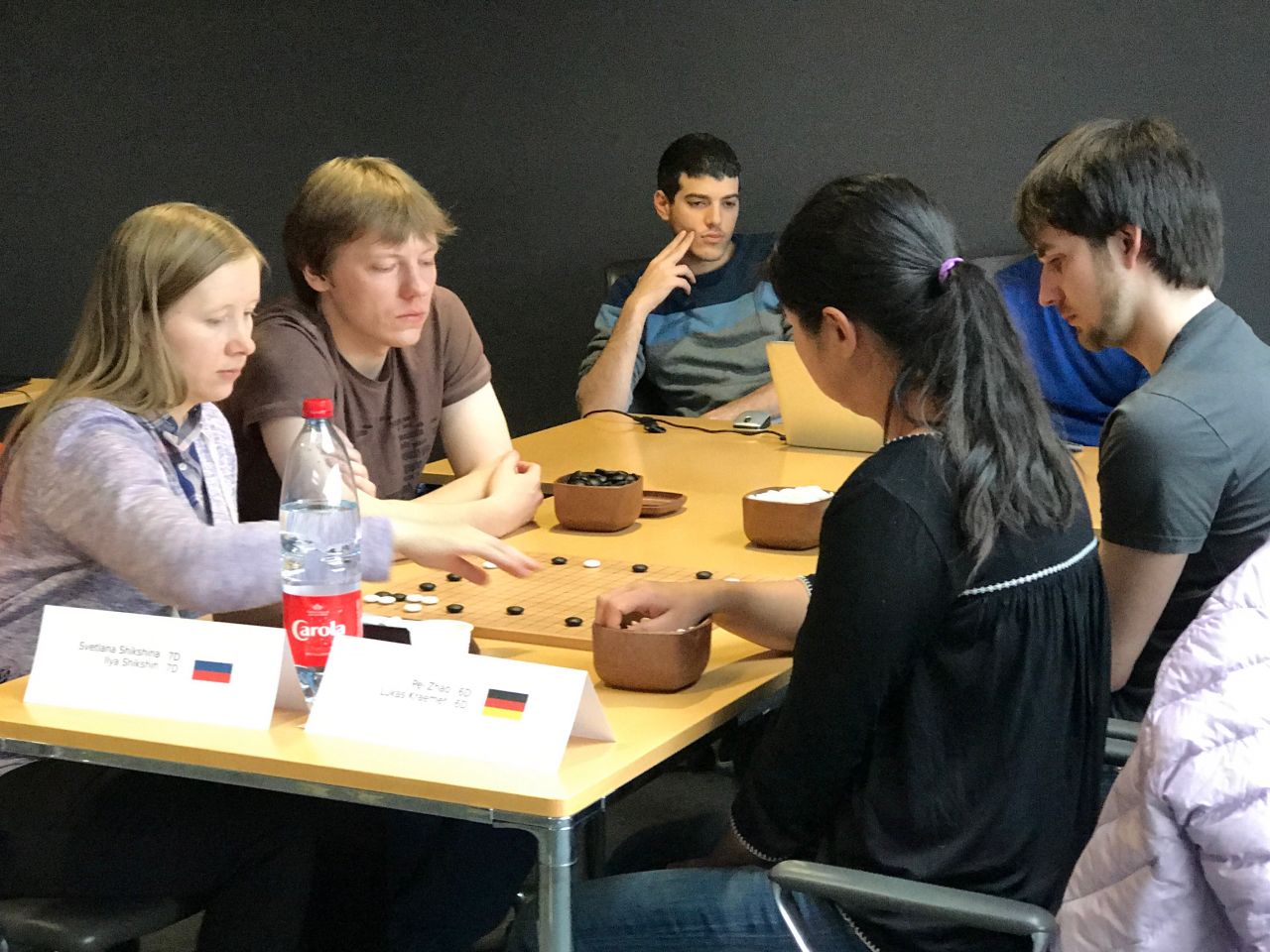 The 20th Pair go Championship takes place on the weekend of the 1st and 2nd of April in Strasbourg. This year the annual event has attracted 28 pairs from across Europe, amongst the representatives are male and female players at the very top level in Europe. If we survey all these participants, Svetlana Shikshina (7d) –  Ilya Shikshin (7d), Natalia Kovaleva (5d) – Dmitry Surin (6d) from Russia and Pei Zhao (6d) – Lukas Kraemer (6d) from Germany are undoubtedly the most fearsome pairs, with a combined total of over 11 dan for each pair. Others participants however, are determined not to submit the strength of any opponent without a fight, especially as many pairs have had much experience in Pair go and exceptional understanding of their partner, which adds up to a great advantage in this competition. Notably, the French pair and host from Strasbourg – Ngoc-Trang Cao (2d) – Antoine Fenech (5d), have proven their strength and exceptional connection in pair go, winning the title of French Pair go champion in 2015.Not many surprises have occurred in the first two rounds, Zhao – Kraemer, Shikshina – Shikshin, Kovaleva – Surin and Straszewska – Surma took the first four positions, leading the tournament. In the third round, an exciting match between Shikshina – Shikshin and Zhao – Kraemer has taken place, at the end Zhao – Kraemer defeated the Russian pair by 3.5 points. At the same time, Kovaleva – Surin won against Straszewska- Surma after having defeated Cao- Fenech in the second round. It has been speculated that the deciding match of this tournament will take place between Zhao – Kraemer and Kovaleva – Surin on Sunday – what will happen? We must wait and see. (…)