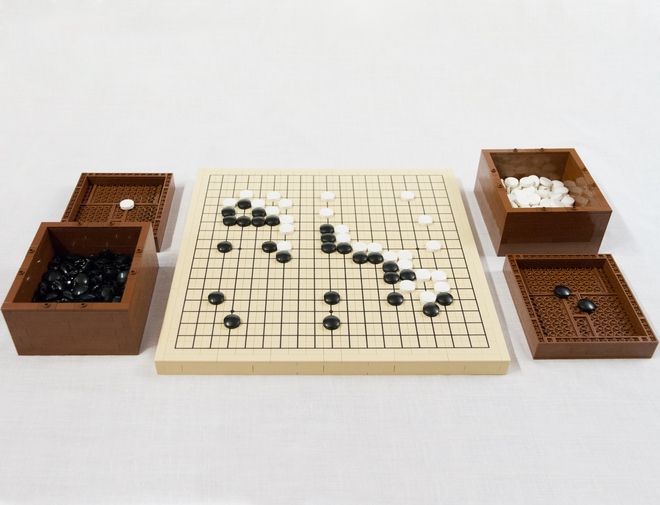 The idea stemmed several years ago from the realization that among the mind sports chess fans had been favored by the LEGO(R) company. In the past years, several different LEGO(R) chess sets have been created and marketed by LEGO(R) while fans of other board games such as the Asian Igo have been neglected.